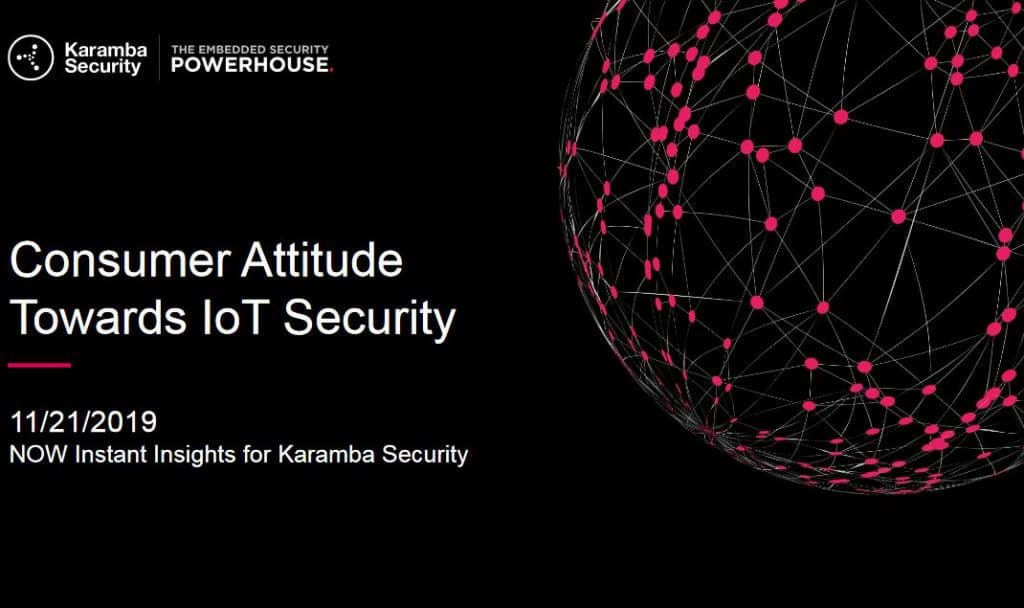 Karamba Security, a world-leading provider of embedded cybersecurity for connected devices, today released a report revealing that nearly three quarters of consumers expect manufacturers of connected IoT devices to protect their devices from hacks. This view is in sharp contrast to today’s datacenter best practices, which require users to deploy their own measures of cyber protection, such as antivirus software.

The report, “Consumer Attitude Towards IoT Security,” surveyed 1,000 consumers in the United States on connected device security ahead of the CES 2020 conference, which in an average year reveals hundreds to thousands of new connected devices. The survey results show consumers are increasingly concerned about hacks of such connected devices and demand manufacturers embed high-level security in their connected products.

In the survey, 87% of respondents said they believe connected device manufacturers should be responsible for securing products from hacks. Nearly three-quarters of the respondents went a step further: 72% said they would refuse to use a connected IoT device if they found out it wasn’t equipped with embedded security.

“The survey results clearly show that consumers aren’t willing to compromise when it comes to securing connected devices,” said Ami Dotan, Karamba Security CEO and Co-founder. “As connected devices like Amazon Alexa, smart homes, and connected cars become more popular, hackers grow more and more sophisticated, finding ways to exploit vulnerabilities and infiltrate their targets for economic gains. Manufacturers need to step up to the challenge and provide their customers with the protection they deserve.”

The Karamba Security survey showed most consumers are concerned about the future of IoT security. A total of 81% think IoT devices will become more of a target for hackers in the next five years. When asked whether they were more concerned about a thief breaking into their home or a hacker breaching one of their connected devices, responses were even – 50% for each.

Karamba Security will unveil at CES 2020 a portfolio of products and services that enables vendors to seamlessly protect their connected devices. The portfolio covers the entire device lifecycle, from design to post-production. The portfolio does not require changes to R&D processes and has a feather-light footprint on the device itself, in order to not derail the device performance.