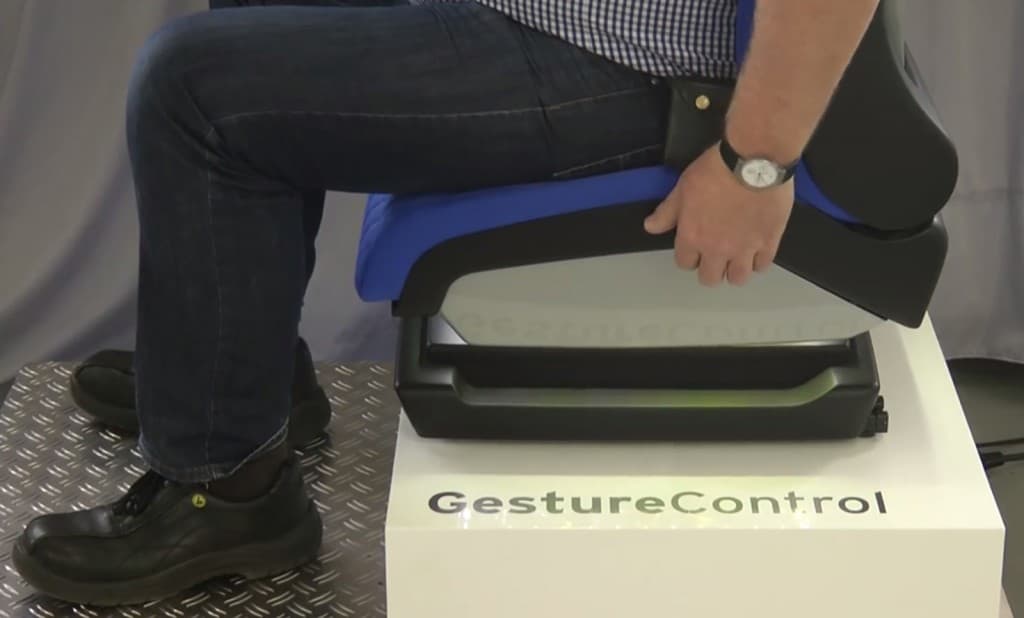 Gestures are not only being used for automotive infotainment and phone features, researchers are working on gesture controlled seats. Fraunhofer and Isringhausen GmbH & Co. KG, engineered a driver‘s seat whose shape and position can be adjusted by using hand gestures.

Often professional drivers suffer from back pain due to seat that are are not adjusted properly. Drivers sit for an average of nine hours a day, many develop back problems. However, when seats are adjusted for shape and position it can prevent back pain. Many truck drivers don’t take the time to adjust seats properly.

The idea behind having hand gestures adjust the seat is that hand gestures enable the driver to easily move the seat forward and back, as well as up and down. He or she can also custom-set the incline of the thigh support and back rest in the same manner.

The scientists integrated various sensors into the synthetic side cover so that the seat reacts to the driver’s hand motions. Piezosensors are sensors that respond to pressure. They ensure that the motion-controlled system is activated. To do so, the user has to briefly press a certain point on the side cover. This prevents the motion control from being accidentally triggered.

In order to set the seat position, the driver performs hand motions along the entire side cover. Depending on the directional motion of the gesture (up/down, forward/back, diagonal), the individual seat elements are adjusted accordingly. After the driver has performed the settings, the gesture control automatically shuts off as soon as the hand is moved away from the sensor area. The driver then receives confirmation that the gestures were stored successfully through an LED-instrument.

Isringhausen GmbH, together with the ISC scientists, has already realized a fully functional prototype of the sensor seat. It will be unveiled at the IAA in Frankfurt this year. Currently, the project partners are concentrating on the automotive market.