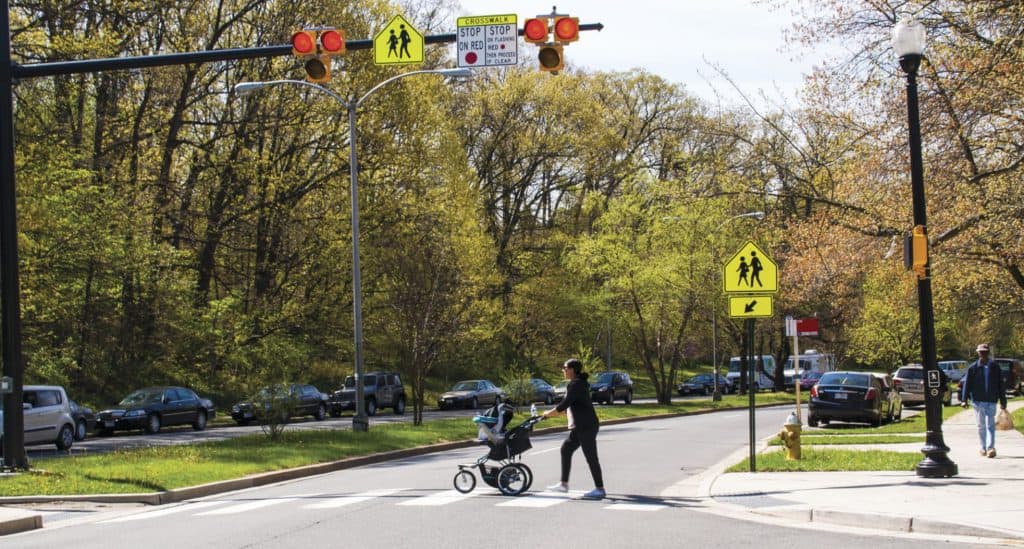 A new report from the Governors Highway Safety Association (GHSA) predicts that 6,590 pedestrian fatalities occurred in 2019, the highest number in more than 30 years.

GHSA asked states to report pedestrian fatalities for the first six months of 2019. After adjusting the raw data based on historical trends, GHSA projects a 5% increase in the number of pedestrians killed during the full 2019 calendar year. In 2018, 6,227 people on foot lost their lives in motor vehicle crashes.

GHSA’s annual “Spotlight on Highway Safety” offers a first look at state and national trends in 2019 pedestrian traffic deaths, based on preliminary data provided by State Highway Safety Offices in all 50 states and the District of Columbia. Richard Retting of Sam Schwartz Consulting analyzed the data and authored the report.

“In the past 10 years, the number of pedestrian fatalities on our nation’s roadways has increased by more than 50%,” said GHSA Executive Director Jonathan Adkins. “This alarming trend signifies that we need to consider all the factors involved in this rise, identify the high-risk areas, allocate resources where they’re needed most, and continue to work with local law enforcement partners to address the chronic driver violations that contribute to pedestrian crashes.”

Pedestrians are projected to account for 17% of all traffic deaths in 2019, compared to 12% in 2009. While pedestrian deaths have been increasing significantly over the past decade, the number of all other traffic deaths has increased by only 2%. A statistical projection of traffic fatalities for the first half of 2019 (conducted by NHTSA) shows an estimated 3.4% reduction in overall traffic fatalities compared to the first half of 2018. Although advancements in motor vehicle safety and technology have increased survivability for vehicle occupants involved in crashes, pedestrians remain just as susceptible to sustaining serious or fatal injuries when struck by a motor vehicle.

A number of trends offer insight into the many causes behind the rise in pedestrian fatalities:

“Each year, thousands of additional people are dying in pedestrian crashes compared to a decade ago” said report author Richard Retting. “Following 30 years of declining pedestrian fatalities, there has been a complete reversal of progress. Pedestrians are at an inherent disadvantage in collisions, and we must continue to take a broad approach to pedestrian safety.”

Despite the alarming projected increase in pedestrian deaths, the report identifies a number of promising lessons from state-reported data. For example, 20 states and Washington, D.C., saw declines in pedestrian fatalities for the first half of 2019 compared to 2018, with six states reporting double-digit declines and seven reporting consecutive years of declines. Additionally, sharp decreases in pedestrian fatalities in some cities suggest that state-level data may obscure local success stories.

The full report, including infographics and state-by-state data, is available at ghsa.org/resources/Pedestrians20.

The report from GHSA is further evidence of the urgent need to assess how we can better protect pedestrians now and what strategies we should implement in the future. The problems contributing to the rising number of deaths are well known. As the report points out, major roads often lack convenient and safe crossings, fast-moving vehicles make for more frequent and deadlier crashes, and dimly lit roads compound the dangers at night.

“Providing more options for pedestrians to safely cross busy roads would make a difference. Broader use of speed cameras to enforce speed limits is a proven solution. Another obvious solution is better headlights on vehicles because so many of these crashes happen at night. Longer-term strategies include building new infrastructure with the safety of all road users in mind, equipping all new vehicles with automatic emergency braking technology with pedestrian detection, and redesigning the front ends of SUVs and pickups to make them less hazardous when collisions are unavoidable, ” said David Zuby Chief Research Officer at IIHS.