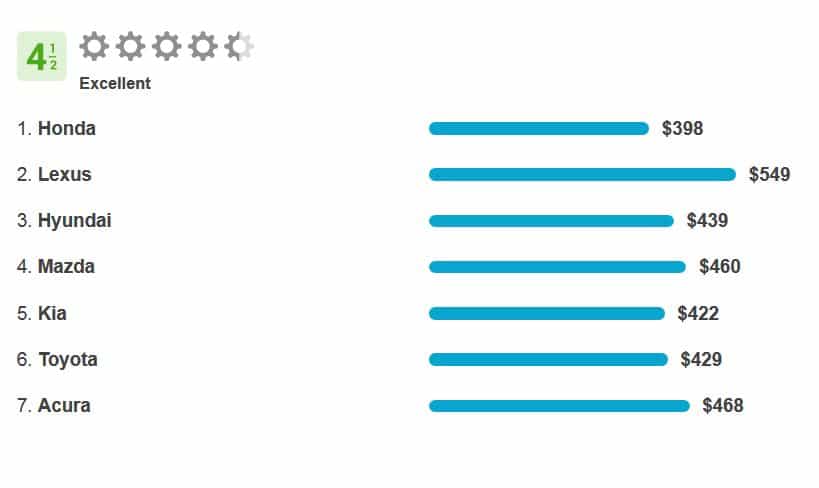 Automotive service and repair app and website RepairPal.com, released the its repair-driven Reliability Ratings. Based on millions of vehicle repair orders from car repair shops. The data from their survey is different from the “Top Best Consolidation Reliability Data” that AUTO Connected Car News published earlier.

Mazda and Kia were the most consistently reliable brands, ranking fourth and fifth respectively and scoring 4.0 or higher on every model.

The BMW 335d scored lowest in reliability due to its high probability of expensive repairs.

RepairPal’s Reliability Rating analyzed millions of vehicle repairs for 2010-2017 model year cars to generate our scores, and models without sufficient data were exclude.

RepairPal’s Certified Network of over 2,000 shops, the Reliability Rating is the first dependability metric to derive scores from real-world data.

RepairPal’s Reliability Rating was derived from millions of repair orders on model years between 2010 through 2017. It is based on the cost, frequency, and severity of repairs. Vehicles that did not have sufficient data for statistical significance were omitted.