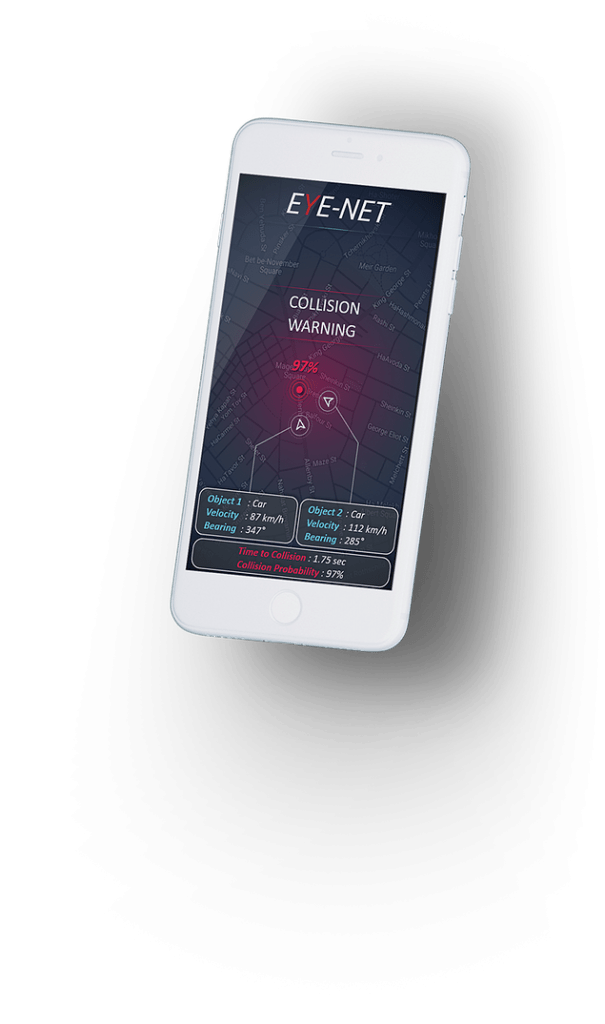 Foresight Autonomous Holdings Ltd., an innovator in automotive vision systems and V2X (vehicle to everything) cellular-based solutions, announced today, in collaboration with the city of Ashdod and NoTraffic Ltd., that is has successfully completed a controlled trial of its Eye-Net accident prevention solution. Eye-Net is a V2X cellular-based accident prevention solution, designed to provide pre-collision alerts in real time to pedestrians and vehicles by using smartphones and relying on existing cellular networks.

The trial was conducted at a central intersection in Ashdod, a city in the center of Israel, and was carried out in collaboration with NoTraffic Ltd., which develops traffic management systems for cities based on a network of sensors deployed at intersections with traffic lights. Supervision was provided by BWR (Blue and White Robotics) as part of the Ashdod Smart Mobility Living Lab project, and the trial was carried out with the support of the Ministry of Transport and the Ayalon Highway company as part of the national plan to promote smart transportation. The purpose of the trial was to integrate innovative technologies designed for smart cities, while creating a reliable communication channel between road users and smart infrastructure. During the trial, Foresight tested its Eye-Net™ system in various scenarios and integrated it with the NoTraffic smart system installed at the intersection.

In the first part of the trial, several accident-simulated scenarios including vehicles and/or a pedestrian were performed. In all cases, the parties were using the Eye-Net application installed on their cellular phones and received real-time alerts in order to prevent a collision. The second part of the trial tested the integration of the Eye-Net system with NoTraffic’s smart infrastructure system in accident-simulated scenarios where only one of the vehicles involved was connected to the Eye-Net™ system. NoTraffic’s system, which was installed at the intersection, identified the non-connected driver or pedestrian using a smart sensor, and transmitted the information to the driver using the Eye-Net system, in order to prevent a collision.

In all scenarios, Foresight met all the pre-defined objectives and indicators for the real-time use of the Eye-Net™ system in a manner that enabled all road users to brake safely and on time. During the trial, the information was streamed in real time to the control center onsite and displayed the location and time of occurrence of the simulated collisions on a map, as well as the classification of the road users involved.

“We were pleased to have the opportunity to introduce our company’s innovative system and collaborate with NoTraffic and the Ashdod Municipality, which, like Foresight, are entities that promote innovation and the use of advanced technologies in the field of accident prevention,” said Haim Siboni, CEO of Foresight. “This collaboration enabled us to test our ability to integrate with smart infrastructure in order to reduce the number of accidents in an urban environment. Integration with the NoTraffic system enabled Foresight to examine a variety of realistic scenarios, all of which presented impressive results. We intend to continue the development process in order to achieve extensive exposure for our company’s unique, life-saving technology.”

“The city of Ashdod, led by Dr. Yechiel Lasry, continues to promote the concept of smart transportation in order to improve the safety of the city’s residents,” said Dr. Smadar Itzkovich, Head of Industrial Development & Ashdod Smart Mobility Living Lab. “The trial was first of its kind and demonstrated how ‘smart’ communication between vehicles, pedestrians and traffic lights can identify and alert all road users of an upcoming collision. The trial results proved that the number of accidents can be significantly reduced. This is another step for the Ashdod Smart Mobility Living Lab in promoting smart transportation at the national and international levels.”

“We are glad to have the privilege to cooperate with Foresight and the Ashdod Municipality – two entities that are making every effort to promote smart transportation in Israel and abroad,” said Tal Kreisler, CEO of NoTraffic. “The trial was a breakthrough in the field of smart transportation and presents, for the first time, collaboration between infrastructure and road users in order to make the world a safer place where accidents are not commonplace. This is a significant milestone that sets the basis for preparing the roads for a connected and autonomous world by using advanced technology that can be deployed today. The scenarios demonstrated in the trial are based on recent fatal accidents of connected and autonomous vehicles that could be avoided in the future using the unique technology developed by NoTraffic.”

Foresight recently announced that it signed an agreement with Tamda Ltd. (TASE: TMDA) in order to merge its Eye-Net™-related activities into Tamda.