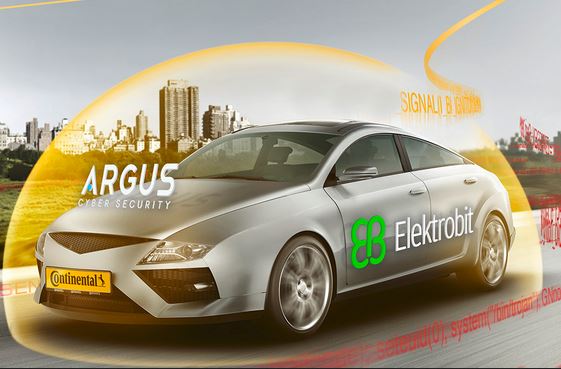 Leslie Stahl’s inability to control a hacked car on 60 Minutes lead to an interveiw with Argus Cyber Security, a cyber security firm founded by veterans of Israeli Intelligence. The company was just acquired by Continental.

An Argus Cyber Security representative said that their solution could stop most car hacking attacks including the one Stahl experience.

Argus Cyber Security can be deployed for Telematics Service Providers that offer Smart Driving Assistance, Remote Diagnostics systems and Usage-Based Insurance solutions that are at high risk of being hacked. In fact, Argus Security found a vulnerability in the OBDII device Zubie that was using the non-secure HTTP protocol. After notification of the threat, Zubie addressed the issue immediately.

uthorized attempts and then in turn change ECU (Electronic Control Unit) behavior.
On top of that, Argus Vulnerability Assessment Services help identify vulnerabilities in advance and comply with emerging regulation.

Recently, Argus hired U.S. auto industry veteran, LaVern Sula to serve as the President North America. Sula has more than 30 years of experience in the automotive industry and served as a senior executive at General Motors as Global Engineering Director, Vehicle Cyber Security.
AT CES, software engineer Kruvi noted that although the Argus Cyber Security IPS system can be either a hardware or software solution, they prefer to deploy a complete on the chip solution sold to OEMs.

This article originally appeared in Automotive IT News.