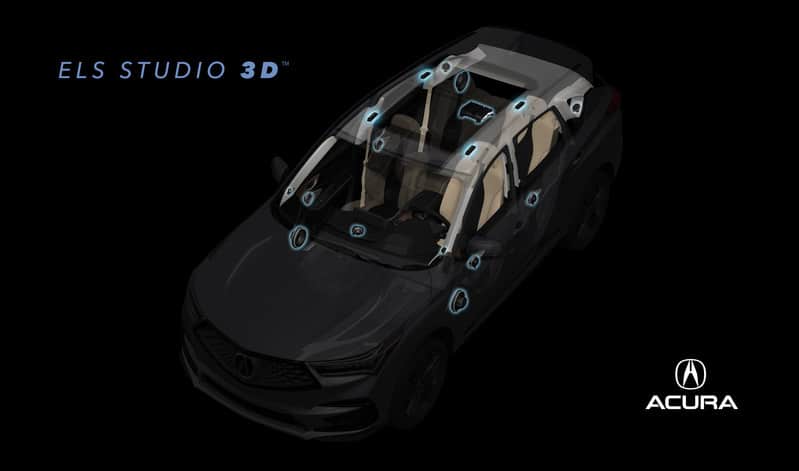 “Our new ultra slim Highline™ speakers transmit a more direct sound thereby achieving a higher level of detail, definition and clarity in the RDX,” said Tom Dunn, Director – Global Audio Solutions, Panasonic Automotive Systems Company of America. “Through a unique combination of artistic genius and engineering expertise, Panasonic Automotive and Elliot Scheiner collaborated to create ELS Studio 3D. The concept of this all-new system remains true to the origin of ELS Studio. Allow the listener to come as close as possible to experiencing music the way Elliot and the artist originally heard it in the studio.

The ELS Studio 3D premium audio system brings the precision crafted audio performance of the recording studio to the all-new Acura RDX. Featuring proprietary Panasonic Automotive speaker technology, the system enables both drivers and passengers to experience the feeling of studio quality sound throughout the vehicle.

“Our pursuit for true audio precision in a vehicle has been advanced through the development of the ELS Studio 3D system, offering insight into the artistic craftsmanship which is not often heard outside of the studio,” said Elliot Scheiner. “Working side-by–side with Panasonic Automotive engineers and the teams at Acura, we were able create a system that is both acoustically sophisticated and emotionally intimate.”

“From the beginning, our goal was to deliver sound that closely matches what the artists and audio engineers originally created in the studio,” said Jon Ikeda, vice president and general manager, Acura. “Collaborating with Elliot and Panasonic Automotive to deliver a whole new dimension of sound is a point of pride and something we can’t wait for Acura owners to experience.”