LiDAR is a very important part of self-driving systems. This year for AUTO Connected Car News Tech CARS Awards there are four major nominees for innovations in LiDAR. Here is information about the different types of LiDAR nominated so that you can determine what product you want to vote for. Information is taken from news releases or the companies’ websites.

Many established vendors and innovative startups are positioning solid-state light detection and ranging (LiDAR) technologies as a cost-effective means to industrialize reliable obstacle detection and simultaneous localization and mapping (SLAM) in autonomous vehicles. ABI Research expects solutions to come to market beginning in 2019, with the market value nearing US$13 billion by 2027.

AEye’s iDAR is designed to intelligently prioritize and interrogate co-located pixels (2D) and voxels (3D) within a frame, enabling the system to target and identify objects within a scene 10-20x more effectively than LiDAR-only products. Additionally, iDAR is capable of overlaying 2D images on 3D point clouds for the creation of True Color LiDAR. Its embedded AI capabilities enable iDAR to utilize thousands of existing and custom computer vision algorithms, which add intelligence that can be leveraged by path planning software.

A key feature of AEye’s iDAR platform is its software-definable hardware. iDAR adds three feedback loops that do not exist today: one at the sensor layer, one at the perception layer, and another with path planning software. By enabling customizable data collection in real-time, the system is able to adapt to the environment and dynamically change performance based on the customer’s/host’s applications and needs 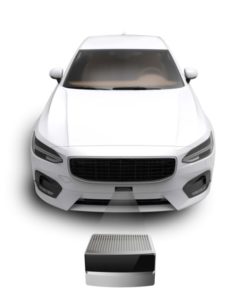 Innoviz was founded in January 2016 by former members of the elite technological unit of the Israeli Defense Forces, with renowned expertise in the fields of electro-optics, computer vision, MEMS design and signal processing. We have grown very rapidly, thanks in part to $82 million in funding over two rounds, and today has more than 100 employees.

In only 20 months of existence, the company reached a number of significant milestones, namely: forming strategic partnerships with Tier 1 solution providers like Magna International and Delphi Automotive (now called Aptiv).  It has transitioned from the prototype phase to mass producing our first product, signing partnership agreement with the leading manufacturer Jabil. In January 2018, at the CES conference in Las Vegas, they will be launching our first high resolution 3D LiDAR, InnovizPro, making it available for purchase by automakers, Tier-1 solution providers and tech companies looking to test and develop the next generation of autonomous vehicles.

Meanwhile, Innoviz’ LiDAR, InnovizOne, will be available in 2019.  Innoviz claims that they are helping pull the automotive industry forward by providing LiDAR that meets the industry’s stringent requirements for performance, reliability and affordability.

“Our mission from day one has been to enable the mass commercialization of autonomous vehicles, and today we are closer than ever to making that a reality,” Innoviz representatives said in a statement 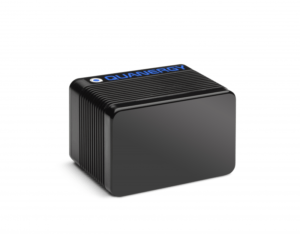 The S3 solid state sensor’s housing fits in the palm of your hand for seamless integration into the design of any vehicle. The elimination of all moving parts improves performance and reliability over mechanical models. Through the interaction of three major components, the S3 generates half a million data points per second. Lasers emit collimated light pulses in a 120° arc. Light receivers detect the reflected light pulses. Signal processors calculate the Time-of-Flight (TOF) of each light pulse. With the ability to scan in every direction, the unit creates a live 3D view around a vehicle to detect, classify, and track objects in the scene

The compact S3 sensor can be concealed into the body of any vehicle, ensuring uncompromised design aesthetics and aerodynamics. Its ability to perform dependable real-time 3D mapping and object detection, tracking and classification, enables autonomous driving.

The high-performance capabilities of the R-Car SoC enables it to run Dibotics’ Augmented LiDAR software. The R-Car has low power consumption and also meets the ISO 26262 (ASIL) FuSa standard for high functional safety. Renesas R-Car is part of the ground-breaking Renesas autonomy™ Platform for ADAS and automated driving that delivers total end-to-end solutions scaling from cloud to sensing and vehicle control. 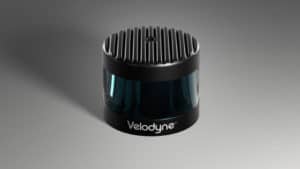 Velodyne Labs announced that it has produced a LiDAR with the world’s best resolution, longest range, and widest field of view, the result of which will boost the autonomous vehicle and advanced safety market. The Velodyne VLS-128™, with 128 laser beams, produces the best resolution and will replace the HDL-64 LiDAR as the industry standard for high performance. High-resolution LiDAR is critical to navigate autonomous cars and provide vehicle safety. It is expected that the VLS-128™will become the new standard for fully autonomous cars and cars equipped with advanced safety features because of the unchallenged quantity of data it produces in real time at top speed.

A Velodyne sensor provides real-time 3D images all around the vehicle, far into the distance, producing billions of data points eagerly understood and consumed by a computer. LiDAR is more reliable, based on measurements, and therefore more accurate than a camera based safety system.

The VLS-128™ is a 70 percent size reduction from the HDL-64, with double the range and four times the resolution.  It is the highest performing LiDAR sensor on the market in terms of field of view, range, resolution, and ability to deal with a complex environment. Due to its 905nm technology, it operates in dry climates and wet environments, and is based on mass-produced CMOS semiconductor technologies. It is produced today at Velodyne’s Megafactory in San Jose using a proprietary fully automatic laser alignment and manufacturing system. Future models will also be produced as part of Velodyne’s Tier-1 Automotive Program.

This information is designed to make voting decisons for the Tech CARS Awards for best LiDAR.

You can also read about the best leader and best battery nominees.