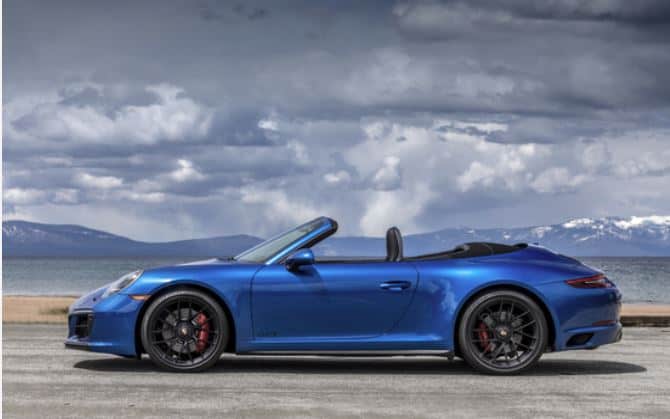 AutoPacific research announced its best vehicle awards in several categories. The company contend that new technology is piloting the success of its winners. The best overall winner is the Porsche 911 and brand. The best ideal brand is Ford.

“Consumers today would make 3 main changes to their vehicle if they could: more advanced technology, more safety features and more/better interior storage,” says Peterson. “Vehicles that are successful in AutoPacific’s Ideal Vehicle Award calculations typically do well in those three areas, yet also do well with the human-machine interface, integrating advanced technologies that are easy to use for owners.”

After the Tesla last year, Porsche returns to the top with wins for top brand and top overall vehicle, a testament to the brand’s ability to meet owner expectations in both the sports car and luxury crossover SUV segments in which it competes. Porsche also has this year’s highest scoring vehicle overall, the 911, and wins the Premium Luxury Crossover and Luxury Crossover SUV segments with the Cayenne and Macan

Moving up from prior years’ Ideal Vehicle Award results, Ford has winning vehicles in 5 segments, in addition to having the Most Ideal Popular brand. The Ford’s F-Series pickups give owners an ideal combination of performance, comfort, safety, and styling. Lincoln received 2 segment wins, including the MKZ, which handily outscores the 2nd place Lexus ES and wins its segment for the 4th year in a row. The Navigator wins in its last year before it is replaced by a new generation Navigator.

It appears that the roll out of Ford’s SYNC 3 infotainment system has gone a long way in contributing to Ford’s 2017 results.

Chrysler’s debut of the Pacifica is a hit with owners, primarily in the areas of safety features, cargo space/cargo opening and passenger room. “In a segment where roominess and safety are top priorities for owners, the Chrysler Pacifica met expectations for 90% of owners – a strong showing that helped Chrysler solidify the top spot,” says Peterson.

The Genesis G90 was a clear winner in the Luxury Car segment, with strong performance in the areas of visibility, passenger room, safety features, ease of ingress/egress and interior storage.

Both the Pacifica and G90 were also AutoPacific 2017 Vehicle Satisfaction Award winners.  The G90 won AutoPacific’s President’s Award as achieving the highest VSA score EVER!

The 2017 awards are based on responses from more than 54,000 owners of new model year 2016 and 2017 vehicles across all major manufacturers. Respondents were asked what changes they would make to their car or truck in 15 key categories, including ride and handling, interior storage, safety features, power and acceleration and technology. “Even the most satisfied owner would change something about their vehicle if given the opportunity,” says George Peterson, president of AutoPacific. “AutoPacific’s IVAs identify vehicles whose owners want the least amount of change – those that are truly hitting the mark with owners.”