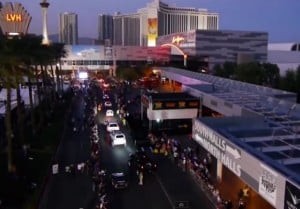 Hundreds of cars and trucks from the SEMA Show 2014  will cruise to the heart of the Las Vegas Strip. The cruise starts with parade out of the Convention Center and for the first time ever will end up at “SEMA Ignited,” a celebration with food, music, celebrities, iconic builders and exhibitor displays.

For many years, auto fans would wait outside the LVCC at the conclusion of the SEMA Show to see the special cars and trucks as they exited from the event. That phenomenon eventually led to the SEMA Cruise, and now, the SEMA Cruise has a destination. Hundreds of one-of-a-kind cars and trucks will congregate at The LINQ Promenade, Las Vegas’s new open-air shopping, dining and entertainment complex.

The event will be  held on November 7, 2014 from 4:00 to 10:00pm. It will give consumers an opportunity to collect and share images of  the newest and most innovative products from the 2014 SEMA Show.

There will also be food trucks, music, entertainment, automotive celebrities, builders and more.