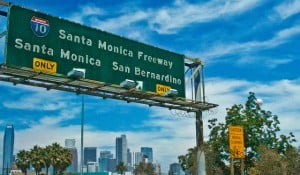 GM will begin offering advanced “intelligent and connected” vehicle technologies in 2017 starting with Cadillac and make driving less work for the hands and feet of drivers with Super Cruise (semi-automated driving) and V2V (Vehicle-to-Vehicle) communications.

V2V can prevent traffic collisions and improve traffic congestion by sending and receiving information including location, speed and direction of travel between vehicles that are approaching each other. The information will be used to warn drivers and supplement front collision warning.

GM started Super Cruise demonstration drives back in the spring of 2012. And since then, they refined the system through thousands of hours on the road and in the GM Research Driving Simulator.

In 2013, Popular Mechanics magazine ranked Super Cruise among the year’s most important innovations in technology, medicine, space exploration and automotive design. They thought it might be in production as soon as 2018.

“With Super Cruise, when there’s a congestion alert on roads like California’s Santa Monica Freeway, you can let the car take over and drive hands-free and feet-free through the worst stop and go traffic around. And if the mood strikes you on the high-speed road from Barstow, California to Las Vegas, you can take a break from the wheel and pedals and let the car do the work.”

As someone who has driving all of the freeways mentioned, it would be nice to not have to move my feet and hands and look at the gorgeous sunsets on the beach.

A recent National Highway Traffic Safety Administration study estimated that the economic and societal impact of motor vehicle crashes in the United States is more than $870 billion per year.